Ignacio Bergadá is the chief of the Division of Endocrinology at the Hospital de Niños R.Gutierrez in Buenos Aires (Argentina) since 2009. He graduated as a physician from the University of Buenos Aires in 1980, and received his degrees in paediatrics in 1988 and paediatric endocrinology in 2000 from the Argentinian Society of Paediatrics. From 1982 to 1986, Ignacio Bergadá worked as a resident at the Hospital de Niños R.Gutierrez in Buenos Aires (2 years general paediatrics and 2 years paediatric endocrinology). From 1986 to 1988, he was a clinical and research fellow at the Department of  Endocrinology & Metabolism,  Montreal Children’s Hospital, McGill University, Montreal (Canada). He then worked since 2001 as a research physician (Gobierno de la Ciudad de Buenos Aires). He published 56 papers in international peer-reviewed journals (referenced on PubMed) and contributed to 15 book chapters. He received a scholarship for his fellowship at the McGill University in Montreal (1986-1988) and was awarded four times for his work. Ignacio Bergadá is married, has three children and two grandchildren. He is a fan of rugby and cooking during his leisure time.

Rodolfo Rey is the Head of the Centro de Investigaciones Endocrinológicas (CEDIE), a translational research institute 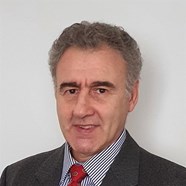 located in Ricardo Gutiérrez Children’s Hospital of Buenos Aires, supported by CONICET (Argentine National Research Centre) and FEI (an NGO devoted to pediatric endocrinology). He graduated as MD from the University of Rosario (Argentina) and obtained his PhD from the University of Buenos Aires mentored by Dr Héctor Chemes, before spending several years as posdoc at the Ecole Normale Supérieure and INSERM in Paris, mentored by Drs Nathalie Josso and Jean-Yves Picard. Rodolfo Rey trained in Pediatrics and Pediatric Endocrinology in Buenos Aires at the Ricardo Gutiérrez Children’s Hospital. He is interested in basic and clinical aspects of the physiology and pathophysiology of the gonadal axis during pre and postnatal development. Questions that arise from observations made in patients with pathologies that affect the testicle or ovary serve as the basis for the development of research projects that can clarify the causes or mechanisms that explain the pathology or that can help in its diagnosis or treatment. Rodolfo is a sports fan, he never misses a match of his hometown football team Rosario Central and loves following his school rugby team Old Resian Club.