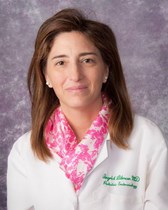 Ingrid Libman, MD, PhD, is an Associate Professor in the Division of Pediatric Endocrinology and Diabetes at Children’s Hospital of Pittsburgh of UPMC. She also holds a secondary appointment in the Department of Epidemiology, Graduate School of Public Health, University of Pittsburgh. Her scientific interests focus on the aetiology, prevention and treatment of diabetes in childhood, with particular emphasis on the effect of obesity and insulin resistance in type 1 diabetes mellitus (T1DM). Dr Libman obtained her MD at the Universidad Nacional de Rosario, Argentina and then pursued a Masters followed by a PhD in Public Health at the University of Pittsburgh, Pittsburgh, Pennsylvania. Upon graduation, her clinical interest and desire to become a clinical researcher led her to complete a residency program in pediatrics followed by a fellowship in pediatric endocrinology, both at Children’s Hospital of Pittsburgh. She then joined as faculty. She is currently exploring the effect of overweight and insulin resistance on early CVD risk factors and markers in children with T1DM. Her continued interest in this field has led to her current role as study co-chair of a multicenter US clinical trial to assess the efficacy and safety of metformin in overweight children with T1DM. 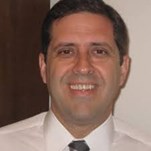 Dr Luis Eduardo Calliari is Assistant Professor and Coordinator of the Pediatric Diabetes Outpatient Clinic - Department of Pediatrics - Santa Casa de Sao Paulo School of Medical Sciences. He was graduated by the same Institution, where he currently is also involved in residency training and is founder and coordinator of the Students Diabetes League.Acting for the Brazilian Diabetes Society, he is now Coordinator of the Department of Pediatric Diabetes, is responsible for the JDRF-SBD Program, and has participated as an author of chapters for the Brazilian Diabetes Guidelines.
Dr.Calliari is Member of the Editorial Board of Pediatric Diabetes (Journal), Diabetology
and Metabolic Syndrome (Journal) and Executive Editor of Revista Paulista de Pediatria (Paulista Pediatric Magazine). He was the National Coordinator of the DAWN Youth Program in Brazil and is one of the organizers of SITEC – International Symposium of Technology in Diabetes, the first of its kind in the country. His relation to ISPAD comes from 2002, when he became a member after participating as a student in Toronto’s ISPAD Science School, organized by Prof. Denis Daneman. He was a member of ISPAD Advisory Board from 2016-2019 and became Director of Communications at the end of 2019.