Australia and New Zealand Society for Paediatric Endocrinology and Diabetes

Associate Professor Alexia Peña is a Paediatrician originally trained in Colombia, South America. She migrated to Australia in 2000 to complete her training in Paediatric Endocrinology (FRACP). She completed her PhD in 2008 examining early markers of cardiovascular disease in children with type 1 diabetes and obesity. Her two main areas of research include improving the care of children with diabetes and adolescent girls with polycystic ovary syndrome. Dr Peña leads the publication of the international evidence-based guidelines for adolescents with polycystic ovary syndrome; and led and published the first Australasian Guidelines for assessment and management of children with Type 2 diabetes. Her research has been published in high impact factor journals and has been presented nationally and internationally. She established with two gynaecologists the Adolescent Gynaecology and Endocrine Clinic at the Women’s and Children’s Hospital in 2011. She has been a member of the Patient Care Ethics Committee at the Women’s and Children’s Hospital since 2013 and the Deputy Chair of the Committee since August 2019. She is an Associate Professor at The University of Adelaide and a Staff Specialist at the Women’s and Children’s Hospital in Adelaide, Australia 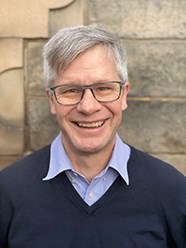 Professor Esko Wiltshire completed his undergraduate training in Medicine at the University of Otago, graduating in 1989 (MBChB with distinction), then worked as a house surgeon/SHO in the greater Wellington region, including the Diploma in Obstetrics and Gynaecology and Diploma in Paediatrics, before completing basic paediatric training and the FRACP examinations. He undertook advanced training in general paediatrics, followed by paediatric endocrinology and metabolic disease, in Adelaide, South Australia. He completed his doctorate during this time, investigating early vascular disease in children with diabetes, before returning to Wellington in 2001 as a senior lecturer in the Department of Paediatrics and Child Health, University of Otago Wellington and Paediatrician/Paediatric Endocrinologist for CCDHB. He has overseen the development of services in Paediatric endocrinology and diabetes since 2001, and extended research initiatives in this area. He enjoys teaching medical students, particularly in clinical contexts, but also in the integration of foundational sciences (esp biochemistry and physiology) with clinical medicine, something which is a key component of his clinical work.​